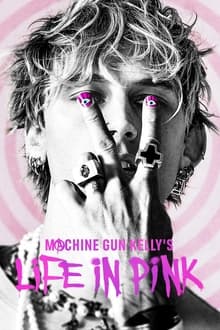 An in-depth look at the dramatic highs and lows of an artist chasing music’s top spot while tackling noise from the outside world, stardom, fatherhood and more. From creating his platinum-selling, Billboard No. 1 album “Tickets to My Downfall,” to his most recent No. 1 studio album, “Mainstream Sellout,” this is an all-access pass, that goes beyond the headlines, into the chaotic world of Machine Gun Kelly.