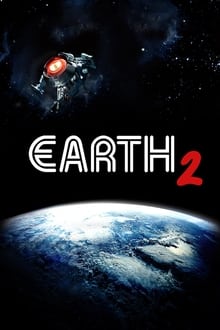 Earth 2 is an American science fiction television series which aired on NBC from November 6, 1994 to June 4, 1995. The show was canceled after one season of 22 episodes. It follows the journey and settlement of a small expeditionary group called the Eden Project, with the intent to journey to an Earth-like planet called G889 in an attempt to find a cure to an illness called “the syndrome”. The series was created by Michael Duggan, Carol Flint, Mark Levin, and Billy Ray, produced by Amblin Entertainment and Universal Television, and filmed primarily in northern New Mexico around the Santa Fe area. The series’ music was composed by David Bergeaud, and the executive producers were Michael Duggan, Mark Levin, and Carol Flint.

Initially, the show’s audience was quite large, reaching eighth place; however, by April 23 of the next year, Nielsen ratings share had dropped from 23% to 9%. During its run, it had been nominated for a Primetime Emmy, Saturn, and other awards. In 2005, the entire series was released on DVD in a 4-disc set.