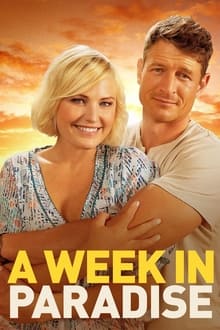 The film tells the tale of Maggie, a film star whose world collapses when her film director husband is outed by the paparazzi when it’s discovered his new leading lady is pregnant with his baby. Seeking solace and healing Maggie escapes to her ex-pat cousin’s beautiful hotel in Nevis. After a week in paradise she discovers herself and meets a new love interest. Then the outside world comes crashing back in.

Watch A Week in Paradise